Complete the form below to receive the latest headlines and analysts' recommendations for Texas Capital Bancshares with our free daily email newsletter:

Texas Capital Bancshares (NASDAQ:TCBI) was upgraded by investment analysts at BidaskClub from a “sell” rating to a “hold” rating in a report issued on Wednesday, BidAskClub reports.

In other Texas Capital Bancshares news, Director Steve Rosenberg sold 1,997 shares of the company’s stock in a transaction dated Wednesday, October 30th. The shares were sold at an average price of $55.48, for a total transaction of $110,793.56. Following the completion of the sale, the director now directly owns 36,115 shares in the company, valued at $2,003,660.20. The transaction was disclosed in a document filed with the SEC, which is accessible through this link. Corporate insiders own 0.54% of the company’s stock. 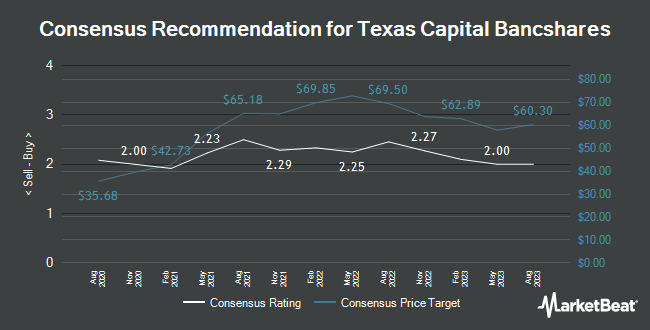 Eryllium Trading Down 19.7% Over Last 7 Days