Complete the form below to receive the latest headlines and analysts' recommendations for Regeneron Pharmaceuticals with our free daily email newsletter:

Regeneron Pharmaceuticals Inc (NASDAQ:REGN) Director Joseph L. Goldstein sold 1,000 shares of the firm’s stock in a transaction that occurred on Wednesday, November 27th. The stock was sold at an average price of $370.00, for a total transaction of $370,000.00. Following the transaction, the director now directly owns 11,323 shares of the company’s stock, valued at $4,189,510. The sale was disclosed in a document filed with the SEC, which is available through this link. 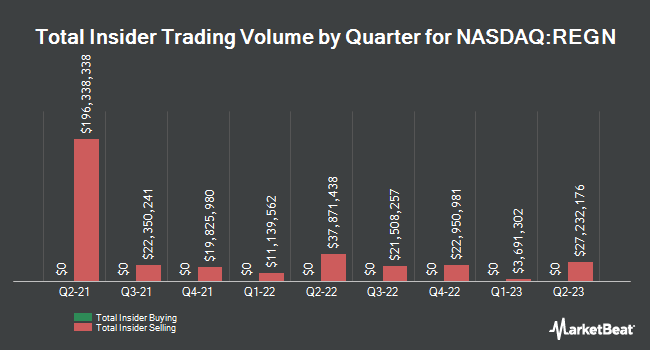 Cousins Properties Inc Expected to Announce Earnings of $0.74 Per Share

EvenCoin Price Down 9.2% Over Last Week

EveriToken Price Up 35.2% Over Last Week

LockTrip Trading Down 6.5% Over Last Week