Complete the form below to receive the latest headlines and analysts' recommendations for FORTESCUE METAL/S with our free daily email newsletter:

Shares of FORTESCUE METAL/S (OTCMKTS:FSUGY) have received a consensus rating of “Hold” from the ten ratings firms that are covering the company, Marketbeat Ratings reports. Two research analysts have rated the stock with a sell rating, four have issued a hold rating, three have issued a buy rating and one has issued a strong buy rating on the company. The average 1 year price target among brokerages that have issued a report on the stock in the last year is $15.00.

Fortescue Metals Group Limited engages in the exploration, development, production, processing, and sale of iron ore in Australia, China, and internationally. The company owns and operates the Chichester Hub that includes the Cloudbreak and Christmas Creek mines located in the Chichester ranges; and the Solomon Hub comprising the Firetail and Kings Valley mines located in the Hamersley ranges of Pilbara, Western Australia. 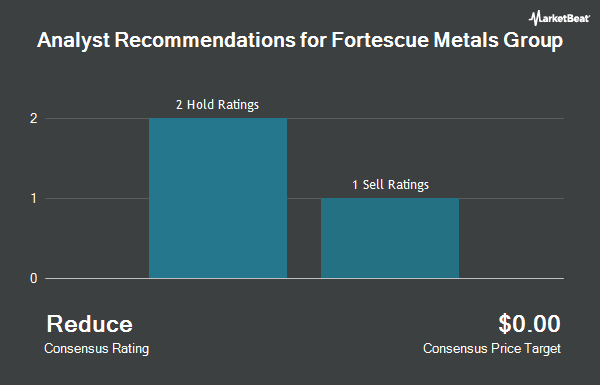 Vivint Solar Inc Expected to Announce Earnings of -$0.08 Per Share