Complete the form below to receive the latest headlines and analysts' recommendations for Intu Properties with our free daily email newsletter:

Intu Properties (LON:INTU) had its price target dropped by Goldman Sachs Group from GBX 40 ($0.53) to GBX 27 ($0.36) in a report issued on Tuesday, ThisIsMoney.Co.Uk reports. The firm currently has a “sell” rating on the real estate investment trust’s stock. Goldman Sachs Group’s target price would indicate a potential downside of 20.14% from the company’s previous close.

Intu owns and manages some of the best shopping centres, in some of the strongest locations, in the UK and Spain. Our UK portfolio is made up of 17 centres, including eight of the top-20, and in Spain we own three of the country's top-10 centres, with advanced plans to build a fourth. We are passionate about creating compelling experiences, in centre and online, that make our customers smile and help our retailers flourish. 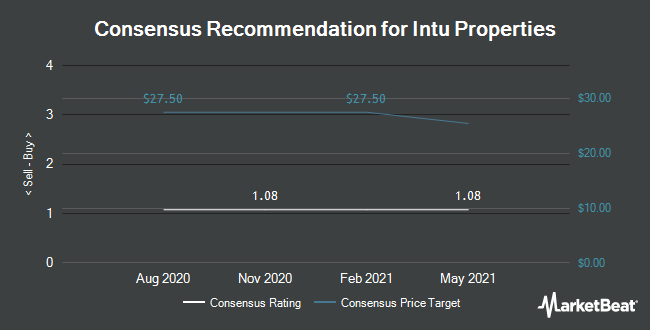