Complete the form below to receive the latest headlines and analysts' recommendations for PNM Resources with our free daily email newsletter:

PNM Resources (NYSE:PNM) last announced its quarterly earnings data on Friday, November 1st. The utilities provider reported $1.29 earnings per share for the quarter, beating analysts’ consensus estimates of $1.25 by $0.04. PNM Resources had a negative net margin of 0.64% and a positive return on equity of 9.18%. The business had revenue of $433.59 million during the quarter, compared to the consensus estimate of $562.33 million. During the same quarter in the prior year, the firm earned $1.08 EPS. As a group, research analysts forecast that PNM Resources will post 2.1 EPS for the current fiscal year.

PNM Resources, Inc, through its subsidiaries, engages in the energy and energy-related businesses in the United States. It operates through Public Service Company of New Mexico (PNM) and Texas-New Mexico Power Company (TNMP) segments. The PNM segment is primarily involved in the generation, transmission, and distribution of electricity. 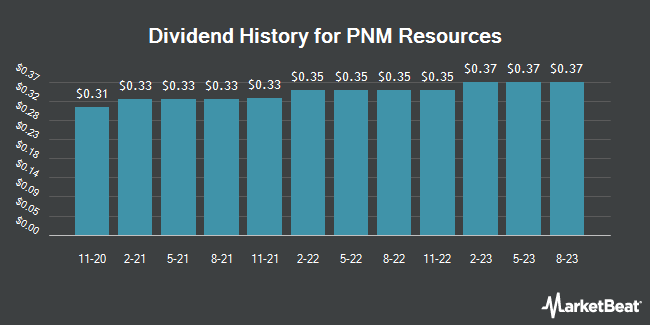