Complete the form below to receive the latest headlines and analysts' recommendations for Preferred Bank with our free daily email newsletter:

Preferred Bank (NASDAQ:PFBC) was downgraded by investment analysts at BidaskClub from a “buy” rating to a “hold” rating in a research note issued on Wednesday, BidAskClub reports.

Preferred Bank (NASDAQ:PFBC) last announced its quarterly earnings data on Wednesday, October 16th. The bank reported $1.32 earnings per share (EPS) for the quarter, hitting the consensus estimate of $1.32. Preferred Bank had a return on equity of 17.53% and a net margin of 32.86%. The firm had revenue of $43.21 million during the quarter, compared to analysts’ expectations of $44.22 million. As a group, sell-side analysts forecast that Preferred Bank will post 5.18 earnings per share for the current year. 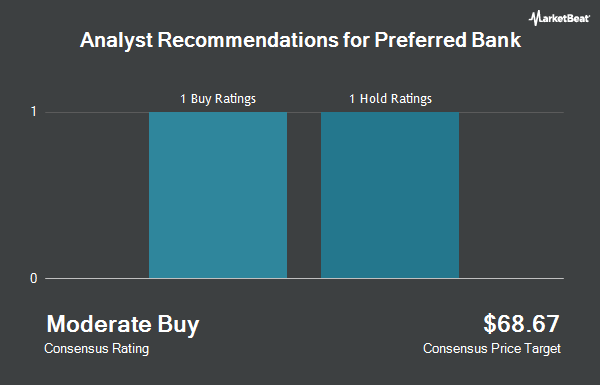 TrueFlip Price Down 4.3% This Week