Complete the form below to receive the latest headlines and analysts' recommendations for Empire Resources with our free daily email newsletter:

Empire Resources Limited engages in the exploration and development of precious and base metal properties in Australia. It primarily explores for gold and copper deposits. The company holds a 100% interest in the Yuinmery copper-gold project that is located near the town of Sandstone; and 60% interest in the Penny's Find gold project situated in the Eastern Goldfields of Western Australia. 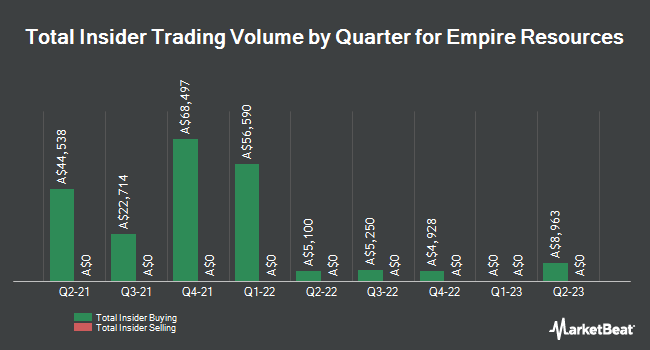