Complete the form below to receive the latest headlines and analysts' recommendations for WPX Energy with our free daily email newsletter:

Shares of WPX Energy Inc (NYSE:WPX) have earned an average rating of “Buy” from the twenty-five brokerages that are currently covering the firm, MarketBeat.com reports. Three equities research analysts have rated the stock with a hold rating and twenty-one have issued a buy rating on the company. The average 1-year price target among analysts that have issued a report on the stock in the last year is $16.36.

In related news, Director Karl F. Kurz purchased 10,000 shares of WPX Energy stock in a transaction dated Monday, December 16th. The shares were bought at an average cost of $11.31 per share, for a total transaction of $113,100.00. Following the purchase, the director now owns 64,367 shares in the company, valued at approximately $727,990.77. The acquisition was disclosed in a filing with the Securities & Exchange Commission, which can be accessed through this link. Company insiders own 1.59% of the company’s stock.

WPX Energy (NYSE:WPX) last released its earnings results on Wednesday, October 30th. The oil and gas producer reported $0.09 earnings per share (EPS) for the quarter, missing the consensus estimate of $0.11 by ($0.02). WPX Energy had a return on equity of 2.39% and a net margin of 25.50%. The company had revenue of $795.00 million for the quarter, compared to analyst estimates of $623.75 million. During the same period last year, the company posted $0.07 earnings per share. The business’s revenue for the quarter was up 64.3% compared to the same quarter last year. As a group, research analysts anticipate that WPX Energy will post 0.35 EPS for the current year.

Featured Story: What are different types of coverage ratios? 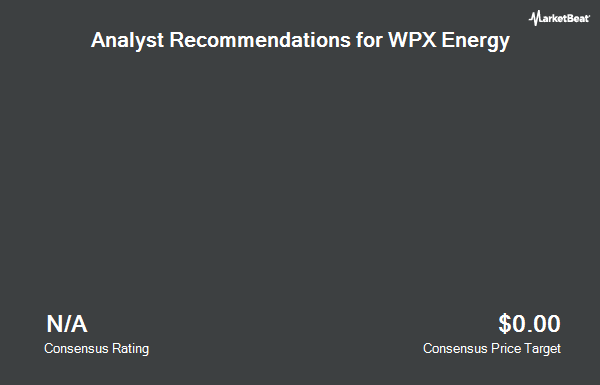 TOKPIE Trading Down 19.7% This Week