Complete the form below to receive the latest headlines and analysts' recommendations for EASYJET PLC/S with our free daily email newsletter:

Morgan Stanley upgraded shares of EASYJET PLC/S (OTCMKTS:ESYJY) from an equal weight rating to an overweight rating in a report issued on Tuesday, The Fly reports.

easyJet Plc engages in the provision of passenger airline and carrier services. Its principal activities include airline operations and aircraft trading and leasing. The company was founded by Stelios Haji-Ioannou in March 1995 and is headquartered in Luton, the United Kingdom.

Featured Article: What is the Beige Book? 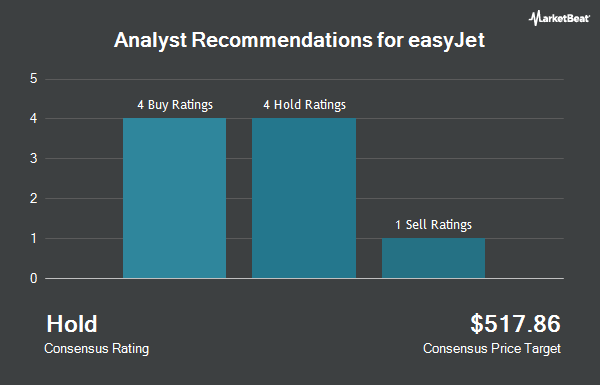