Complete the form below to receive the latest headlines and analysts' recommendations for Pampa Energia with our free daily email newsletter:

Shares of Pampa Energia S.A. (NYSE:PAM) have been assigned a consensus recommendation of “Hold” from the eight analysts that are currently covering the firm, Marketbeat reports. Five research analysts have rated the stock with a hold rating and two have given a buy rating to the company. The average 12-month price target among brokers that have issued a report on the stock in the last year is $22.08.

Pampa Energia (NYSE:PAM) last posted its earnings results on Monday, November 11th. The utilities provider reported $1.63 earnings per share for the quarter, beating the Thomson Reuters’ consensus estimate of ($2.06) by $3.69. Pampa Energia had a return on equity of 26.37% and a net margin of 30.08%. The company had revenue of $579.00 million for the quarter, compared to analyst estimates of $855.65 million. On average, sell-side analysts predict that Pampa Energia will post 8.72 EPS for the current fiscal year.

Pampa Energía SA, an integrated electricity company, through its subsidiaries, engages in the generation, transmission, and distribution of electricity in Argentina. The company generates electricity through combined cycle gas-fired generating units, thermal generation plants, open-cycle gas turbines, and hydroelectric power generation systems, as well as through a wind farm. 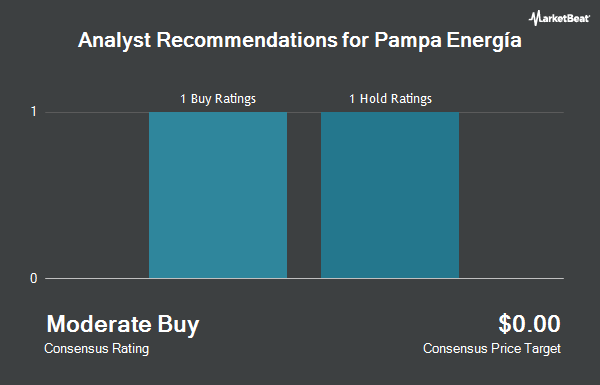