Complete the form below to receive the latest headlines and analysts' recommendations for Boohoo Group with our free daily email newsletter:

Boohoo Group (LON:BOO) had its target price boosted by stock analysts at Goldman Sachs Group from GBX 335 ($4.41) to GBX 380 ($5.00) in a report released on Friday, Stock Target Advisor reports. The firm presently has a “buy” rating on the stock. Goldman Sachs Group’s price target would indicate a potential upside of 15.85% from the company’s current price.

boohoo group plc operates as an online fashion retailer in the United Kingdom, rest of Europe, the United States, and internationally. The company designs, sources, markets, and sells clothing, shoes, accessories, and beauty products through the Websites to a market of 16 to 30 year old consumers. It offers its products for men, and women. 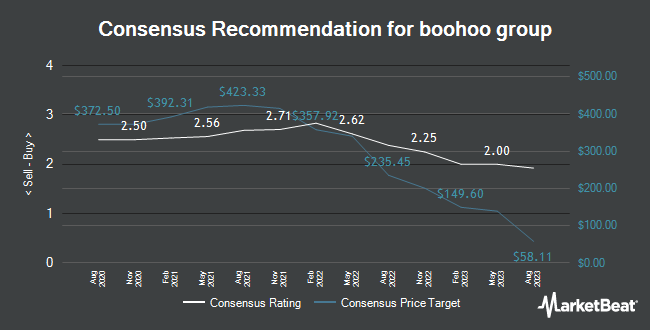