Complete the form below to receive the latest headlines and analysts' recommendations for Aurora Cannabis with our free daily email newsletter:

Patriot Financial Group Insurance Agency LLC lifted its stake in shares of Aurora Cannabis Inc (NYSE:ACB) by 81.1% during the fourth quarter, according to the company in its most recent disclosure with the Securities & Exchange Commission. The fund owned 69,335 shares of the company’s stock after acquiring an additional 31,050 shares during the period. Patriot Financial Group Insurance Agency LLC’s holdings in Aurora Cannabis were worth $150,000 as of its most recent SEC filing.

Aurora Cannabis (NYSE:ACB) last posted its quarterly earnings data on Thursday, November 14th. The company reported $0.01 EPS for the quarter, topping the consensus estimate of ($0.03) by $0.04. Aurora Cannabis had a negative net margin of 124.57% and a negative return on equity of 2.97%. The company had revenue of $57.02 million during the quarter, compared to analyst estimates of $72.82 million. On average, research analysts expect that Aurora Cannabis Inc will post -0.14 EPS for the current year.

Featured Story: Why do commodities matter? 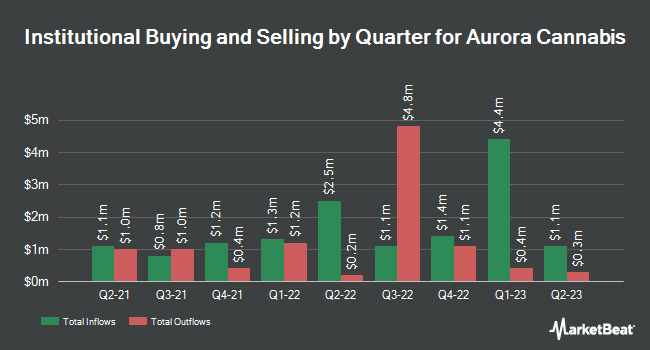