Ameren Corp (NYSE:AEE) announced a quarterly dividend on Thursday, February 13th, RTT News reports. Stockholders of record on Wednesday, March 11th will be paid a dividend of 0.495 per share by the utilities provider on Tuesday, March 31st. This represents a $1.98 dividend on an annualized basis and a dividend yield of 2.29%. 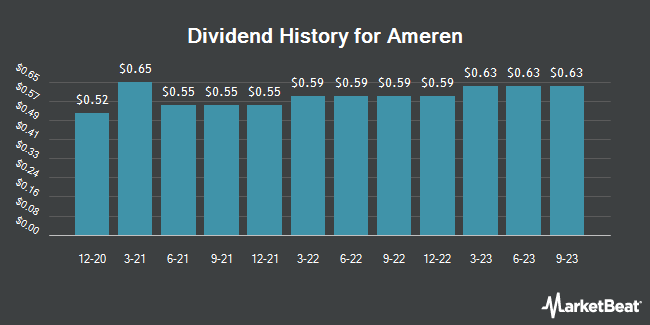