CarGurus (NASDAQ:CARG) issued its earnings results on Thursday. The company reported $0.17 earnings per share for the quarter, topping the Zacks’ consensus estimate of $0.14 by $0.03, Bloomberg Earnings reports. CarGurus had a net margin of 7.44% and a return on equity of 18.30%. The firm had revenue of $158.15 million during the quarter, compared to analyst estimates of $154.80 million.

Featured Story: What is the price-to-earnings growth (PEG) ratio? 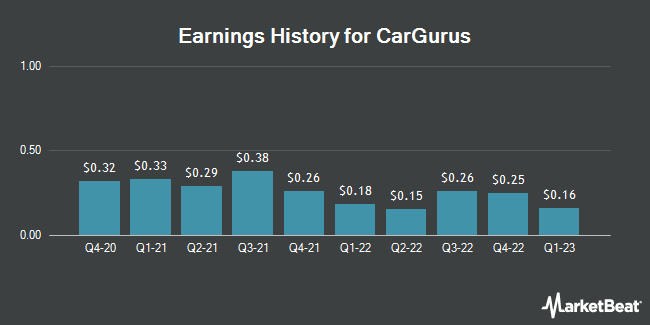