NMI (NASDAQ:NMIH) issued its quarterly earnings results on Tuesday. The financial services provider reported $0.75 earnings per share (EPS) for the quarter, topping analysts’ consensus estimates of $0.70 by $0.05, Fidelity Earnings reports. The business had revenue of $104.90 million during the quarter, compared to analyst estimates of $104.11 million. NMI had a net margin of 44.92% and a return on equity of 20.63%.

Featured Article: What does the Dogs of the Dow mean? 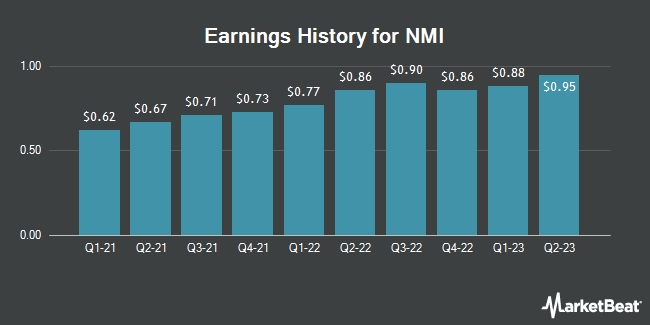