Complete the form below to receive the latest headlines and analysts' recommendations for Avanos Medical with our free daily email newsletter:

Avanos Medical (NYSE:AVNS) issued its quarterly earnings results on Tuesday. The company reported $0.34 earnings per share for the quarter, beating analysts’ consensus estimates of $0.32 by $0.02, Briefing.com reports. Avanos Medical had a negative net margin of 6.20% and a positive return on equity of 3.92%. The firm had revenue of $189.80 million during the quarter, compared to the consensus estimate of $178.58 million. During the same period in the prior year, the firm earned $0.30 EPS. The business’s revenue was up 11.7% on a year-over-year basis. Avanos Medical updated its FY 2020
Pre-Market guidance to 1.00-1.20 EPS and its FY20 guidance to $1.00-1.20 EPS.

Featured Article: What moving averages are used to define a golden cross? 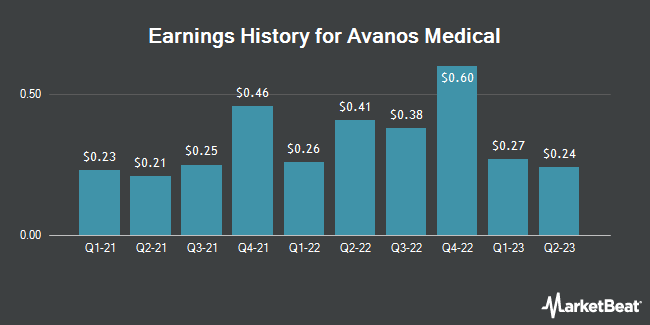