Complete the form below to receive the latest headlines and analysts' recommendations for Public Storage with our free daily email newsletter:

Public Storage (NYSE:PSA) posted its earnings results on Tuesday. The real estate investment trust reported $1.87 earnings per share for the quarter, missing the consensus estimate of $2.86 by ($0.99), Fidelity Earnings reports. The firm had revenue of $717.50 million during the quarter, compared to analyst estimates of $723.13 million. Public Storage had a net margin of 60.98% and a return on equity of 33.96%. The business’s revenue for the quarter was up 3.6% compared to the same quarter last year. During the same quarter in the previous year, the firm earned $2.17 earnings per share.

Featured Article: What is diluted earnings per share (Diluted EPS)? 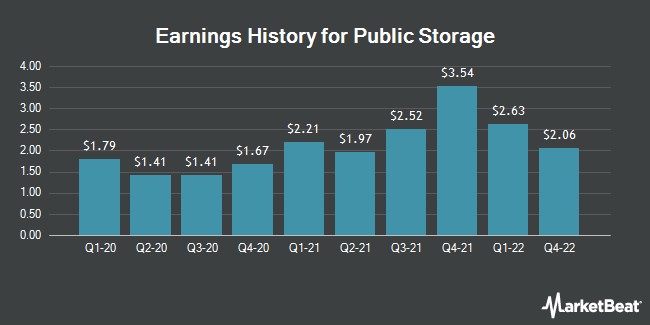 Mesoblast Upgraded to “Buy” by ValuEngine