Complete the form below to receive the latest headlines and analysts' recommendations for MARKS & SPENCER/S with our free daily email newsletter:

MARKS & SPENCER/S (OTCMKTS:MAKSY) has received an average recommendation of “Hold” from the ten research firms that are currently covering the firm, MarketBeat reports. Three equities research analysts have rated the stock with a sell rating, four have assigned a hold rating and three have given a buy rating to the company.

Marks and Spencer Group plc operates various retail stores. It offers food products; and womenswear, menswear, kids wear, lingerie, and beauty and home products through its stores and online. The company operates 1463 stores, including 253 owned and 383 franchise Simply Food stores; and 343 full-line and outlet stores in the United Kingdom. 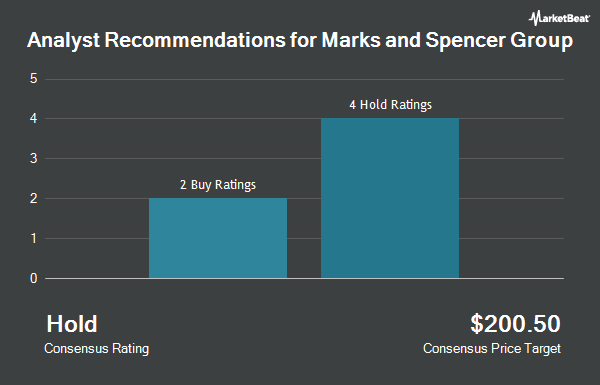