Complete the form below to receive the latest headlines and analysts' recommendations for Continental Resources with our free daily email newsletter:

Continental Resources, Inc. (NYSE:CLR) Director John T. Mcnabb II acquired 3,000 shares of the firm’s stock in a transaction that occurred on Monday, March 23rd. The stock was bought at an average cost of $10.30 per share, with a total value of $30,900.00.

Continental Resources (NYSE:CLR) last announced its earnings results on Wednesday, February 26th. The oil and natural gas company reported $0.55 earnings per share for the quarter, topping the Thomson Reuters’ consensus estimate of $0.52 by $0.03. Continental Resources had a return on equity of 12.20% and a net margin of 16.75%. The business had revenue of $1.20 billion during the quarter, compared to the consensus estimate of $1.13 billion. As a group, equities research analysts forecast that Continental Resources, Inc. will post 0.56 earnings per share for the current fiscal year. 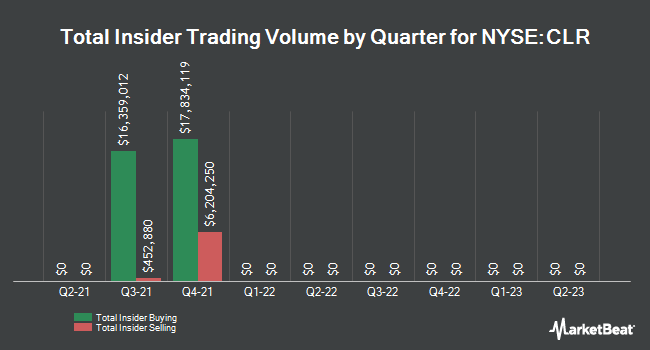