AMERCO (NASDAQ:UHAL) Chairman Edward J. Shoen acquired 4,800 shares of AMERCO stock in a transaction that occurred on Monday, March 23rd. The shares were bought at an average price of $237.41 per share, for a total transaction of $1,139,568.00. Following the transaction, the chairman now owns 14,750 shares of the company’s stock, valued at approximately $3,501,797.50. The purchase was disclosed in a filing with the SEC, which can be accessed through this link.

AMERCO (NASDAQ:UHAL) last posted its earnings results on Wednesday, February 5th. The transportation company reported $1.58 earnings per share (EPS) for the quarter, missing the consensus estimate of $3.65 by ($2.07). The business had revenue of $927.88 million for the quarter, compared to analyst estimates of $920.68 million. AMERCO had a return on equity of 7.85% and a net margin of 8.25%. AMERCO’s revenue was up 1.0% compared to the same quarter last year. During the same period last year, the business earned $4.01 EPS. As a group, research analysts expect that AMERCO will post 13.38 EPS for the current fiscal year. 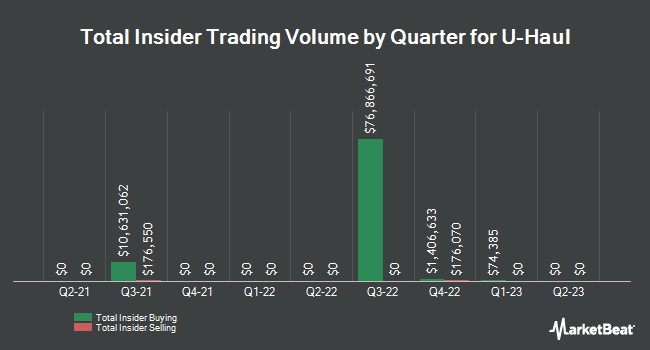