Complete the form below to receive the latest headlines and analysts' recommendations for Integra Lifesciences with our free daily email newsletter:

Point72 Hong Kong Ltd boosted its stake in Integra Lifesciences Holdings Corp (NASDAQ:IART) by 136.0% in the fourth quarter, HoldingsChannel.com reports. The institutional investor owned 4,130 shares of the life sciences company’s stock after acquiring an additional 2,380 shares during the quarter. Point72 Hong Kong Ltd’s holdings in Integra Lifesciences were worth $241,000 at the end of the most recent reporting period.

In other Integra Lifesciences news, CEO Peter J. Arduini sold 32,316 shares of Integra Lifesciences stock in a transaction that occurred on Wednesday, February 26th. The shares were sold at an average price of $55.68, for a total transaction of $1,799,354.88. Following the transaction, the chief executive officer now directly owns 274,891 shares in the company, valued at approximately $15,305,930.88. The transaction was disclosed in a filing with the SEC, which is available at the SEC website. Insiders own 4.50% of the company’s stock.

Featured Article: Profit margin is different from the revenue

Want to see what other hedge funds are holding IART? Visit HoldingsChannel.com to get the latest 13F filings and insider trades for Integra Lifesciences Holdings Corp (NASDAQ:IART). 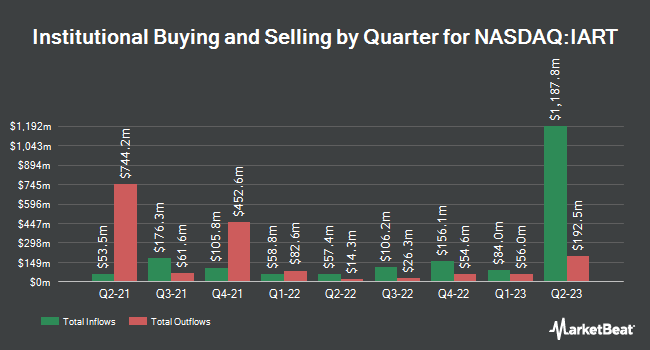