Complete the form below to receive the latest headlines and analysts' recommendations for Oaktree Specialty Lending with our free daily email newsletter:

Partners Group Holding AG boosted its holdings in Oaktree Specialty Lending Corp (NASDAQ:OCSL) by 5.8% during the 4th quarter, according to its most recent disclosure with the Securities and Exchange Commission (SEC). The fund owned 844,574 shares of the credit services provider’s stock after buying an additional 45,936 shares during the quarter. Partners Group Holding AG owned approximately 0.60% of Oaktree Specialty Lending worth $4,611,000 at the end of the most recent quarter.

The firm also recently announced a quarterly dividend, which will be paid on Tuesday, March 31st. Shareholders of record on Friday, March 13th will be issued a dividend of $0.095 per share. The ex-dividend date is Thursday, March 12th. This represents a $0.38 annualized dividend and a yield of 12.88%. Oaktree Specialty Lending’s dividend payout ratio (DPR) is currently 79.17%.

Featured Article: What is the Federal Reserve? 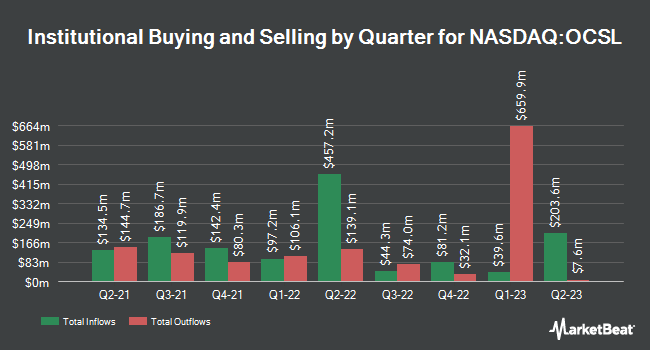