Complete the form below to receive the latest headlines and analysts' recommendations for Ultra Clean with our free daily email newsletter:

Ultra Clean (NASDAQ:UCTT) last released its earnings results on Wednesday, February 19th. The semiconductor company reported $0.33 earnings per share for the quarter, beating the Thomson Reuters’ consensus estimate of $0.25 by $0.08. Ultra Clean had a negative net margin of 0.88% and a positive return on equity of 8.38%. The business had revenue of $286.40 million during the quarter, compared to analysts’ expectations of $272.24 million. During the same quarter last year, the company earned $0.23 earnings per share. The firm’s revenue was up 11.3% on a year-over-year basis. As a group, sell-side analysts predict that Ultra Clean Holdings Inc will post 1.88 EPS for the current year.

In related news, SVP Joan Sterling sold 5,453 shares of the stock in a transaction dated Friday, March 6th. The shares were sold at an average price of $20.19, for a total value of $110,096.07. Following the completion of the sale, the senior vice president now owns 44,138 shares in the company, valued at $891,146.22. The transaction was disclosed in a filing with the SEC, which can be accessed through this link. 1.80% of the stock is currently owned by company insiders.

Want to see what other hedge funds are holding UCTT? Visit HoldingsChannel.com to get the latest 13F filings and insider trades for Ultra Clean Holdings Inc (NASDAQ:UCTT). 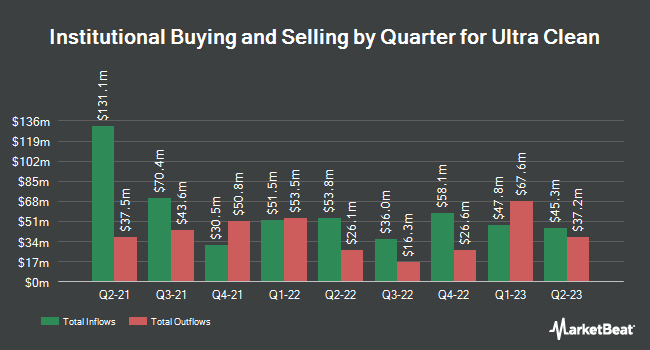