Complete the form below to receive the latest headlines and analysts' recommendations for Ra Pharmaceuticals with our free daily email newsletter:

ValuEngine upgraded shares of Ra Pharmaceuticals (NASDAQ:RARX) from a hold rating to a buy rating in a report released on Thursday morning, ValuEngine reports.

Ra Pharmaceuticals, Inc, a clinical-stage biopharmaceutical company, develops therapeutics for the treatment of diseases caused by excessive or uncontrolled activation of the complement system. The company's peptide chemistry platform enables the production of synthetic macrocyclic peptides that combine the diversity and specificity of antibodies with the pharmacological properties of small molecules. 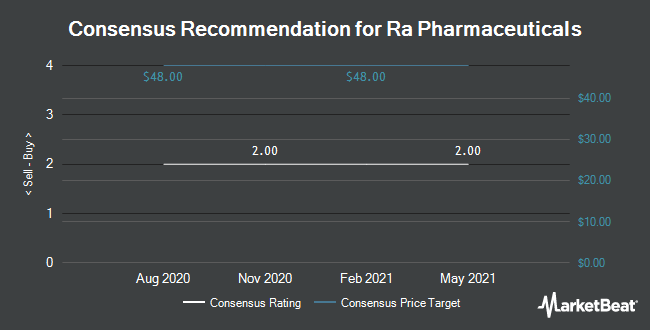