Complete the form below to receive the latest headlines and analysts' recommendations for FLIR Systems with our free daily email newsletter:

FLIR Systems (NASDAQ:FLIR) was downgraded by Zacks Investment Research from a “hold” rating to a “sell” rating in a report released on Tuesday, Zacks.com reports. They presently have a $37.00 price target on the scientific and technical instruments company’s stock. Zacks Investment Research‘s target price suggests a potential upside of 7.25% from the company’s current price.

According to Zacks, “Declining cost of thermal imaging technology has created opportunity to increase the adoption of thermal technology, thereby boosting its FLIR Systems’ growth prospects. To compete in the diverse industries in which the company caters to, the company continues to innovate new products, to capture larger market shares. It consistently pursues acquisitions and strategic investments to boost its core and non-core businesses.In the past year, it has outperformed the industry. However, FLIR Systems growth trajectory is likely to receive a hit due to the increased tariff on imports of steel and aluminum imposed by the U.S. administration. This is because the U.S. aerospace and defense industry relies heavily on imported aluminum. A comparative analysis of its historical EV/EBITDA ratio reflects a relatively gloomy picture.”

FLIR Systems (NASDAQ:FLIR) last issued its quarterly earnings results on Thursday, February 27th. The scientific and technical instruments company reported $0.55 EPS for the quarter, missing analysts’ consensus estimates of $0.62 by ($0.07). The firm had revenue of $489.04 million during the quarter, compared to the consensus estimate of $500.55 million. FLIR Systems had a net margin of 9.09% and a return on equity of 16.14%. The business’s revenue for the quarter was up 9.0% on a year-over-year basis. During the same quarter last year, the firm earned $0.62 earnings per share. On average, equities analysts forecast that FLIR Systems will post 2.15 EPS for the current fiscal year.

Read More: What does EPS mean? 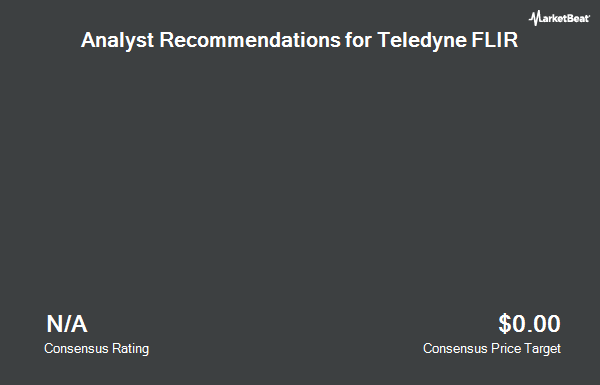