Complete the form below to receive the latest headlines and analysts' recommendations for OptiNose with our free daily email newsletter:

Zacks Investment Research upgraded shares of OptiNose (NASDAQ:OPTN) from a hold rating to a buy rating in a report issued on Wednesday morning, Zacks.com reports. The brokerage currently has $4.75 price target on the stock.

According to Zacks, “OptiNose Inc. is a specialty pharmaceutical company. It focused on the development and commercialization of products for patients treated by ear, nose and throat or ENT and allergy specialists. The company’s lead product consists of XHANCE nasal polyps, XHANCE Chronic sinusitis, OPN-300, OPN- 021 and AVP-825 which are in clinical stage. OptiNose Inc. is headquartered in Pennsylvania, USA. “

OptiNose (NASDAQ:OPTN) last issued its quarterly earnings results on Thursday, May 7th. The company reported ($0.63) earnings per share for the quarter, topping analysts’ consensus estimates of ($0.66) by $0.03. The company had revenue of $7.06 million during the quarter, compared to analyst estimates of $7.56 million. OptiNose had a negative net margin of 295.66% and a negative return on equity of 209.89%. Equities analysts predict that OptiNose will post -2.16 earnings per share for the current fiscal year.

In other news, Director Joseph C. Scodari purchased 8,700 shares of the business’s stock in a transaction dated Friday, March 6th. The shares were acquired at an average price of $5.70 per share, for a total transaction of $49,590.00. Following the completion of the acquisition, the director now directly owns 19,030 shares of the company’s stock, valued at $108,471. The transaction was disclosed in a legal filing with the Securities & Exchange Commission, which is available through this hyperlink. 44.30% of the stock is owned by insiders.

OptiNose, Inc, a specialty pharmaceutical company, focuses on the development and commercialization of products for patients treated by ear, nose, and throat; and allergy specialists in the United States. The company offers XHANCE, a therapeutic product utilizing its proprietary optinose exhalation delivery system that delivers a topically-acting and anti-inflammatory corticosteroid for the treatment of chronic rhinosinusitis with and without nasal polyps.

Recommended Story: What factors cause inflation to rise? 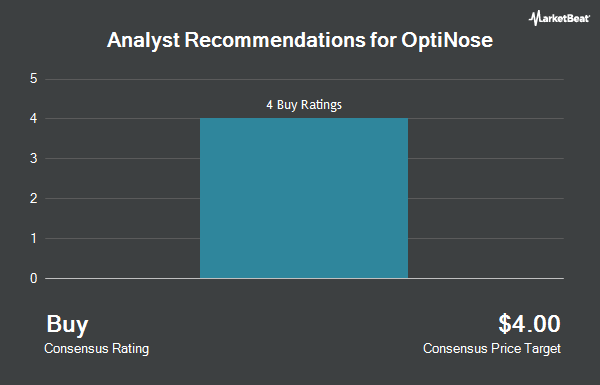 Receive News & Ratings for OptiNose Daily - Enter your email address below to receive a concise daily summary of the latest news and analysts' ratings for OptiNose and related companies with MarketBeat.com's FREE daily email newsletter.