Kinder Morgan Inc (NYSE:KMI) major shareholder Richard D. Kinder purchased 300,000 shares of the stock in a transaction on Tuesday, July 28th. The stock was acquired at an average cost of $14.14 per share, for a total transaction of $4,242,000.00. Major shareholders that own at least 10% of a company’s shares are required to disclose their sales and purchases with the SEC.

The company also recently announced a quarterly dividend, which will be paid on Monday, August 17th. Shareholders of record on Monday, August 3rd will be issued a dividend of $0.2625 per share. This represents a $1.05 dividend on an annualized basis and a yield of 7.29%. The ex-dividend date is Friday, July 31st. Kinder Morgan’s dividend payout ratio (DPR) is presently 110.53%. 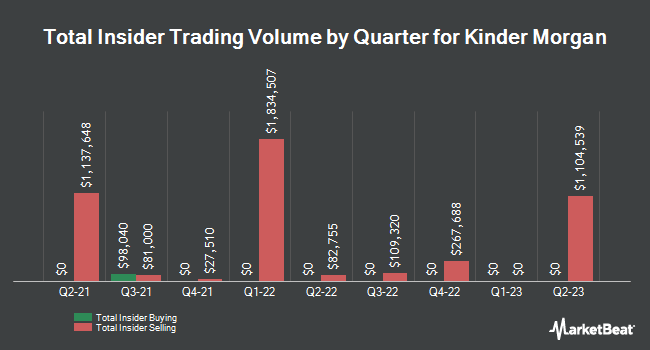