Complete the form below to receive the latest headlines and analysts' recommendations for Watts Water Technologies with our free daily email newsletter:

Watts Water Technologies, Inc designs, manufactures, and sells products and systems that manage and conserve the flow of fluids and energy into, through and out of buildings in the residential and commercial markets. The company offers residential and commercial flow control products, including backflow preventers, water pressure regulators, temperature and pressure relief valves, and thermostatic mixing valves. 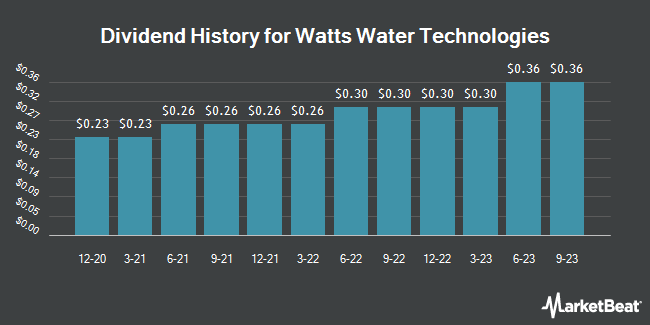