Pluralsight (NASDAQ:PS) last released its quarterly earnings results on Wednesday, July 29th. The company reported ($0.27) EPS for the quarter, beating analysts’ consensus estimates of ($0.30) by $0.03. The business had revenue of $94.77 million during the quarter, compared to analyst estimates of $88.23 million. Pluralsight had a negative return on equity of 57.32% and a negative net margin of 36.22%. Pluralsight’s quarterly revenue was up 24.9% compared to the same quarter last year. During the same period in the prior year, the firm posted ($0.06) EPS. As a group, research analysts anticipate that Pluralsight will post -1.12 EPS for the current year.

Pluralsight, Inc provides a technology skill development solutions worldwide. Its cloud-based technology skills platform offers a range of tools, including skill and role assessment tool, which uses machine learning and advanced algorithms to measure a user's skills, benchmark that user against others in the industry, and recommend opportunities for growth; and Course Library that include a digital ecosystem of thousands of on-demand courses across a range of technology subject areas, such as cloud, mobile, security, IT, and data. 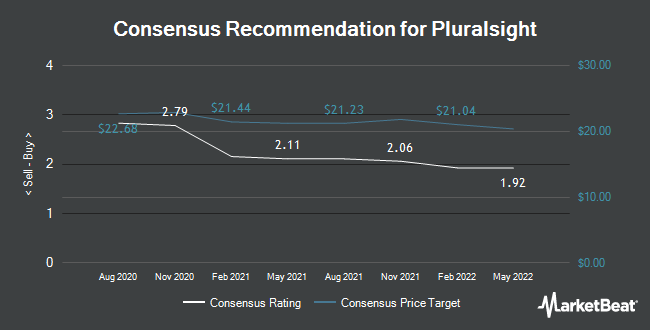