Complete the form below to receive the latest headlines and analysts' recommendations for Pebblebrook Hotel Trust with our free daily email newsletter:

TheStreet lowered shares of Pebblebrook Hotel Trust (NYSE:PEB) from a c rating to a d rating in a research report report published on Thursday, TheStreetRatingsTable reports.

The firm also recently disclosed a quarterly dividend, which was paid on Wednesday, July 15th. Stockholders of record on Tuesday, June 30th were paid a dividend of $0.01 per share. The ex-dividend date of this dividend was Monday, June 29th. This represents a $0.04 dividend on an annualized basis and a dividend yield of 0.38%. Pebblebrook Hotel Trust’s dividend payout ratio is presently 1.52%. 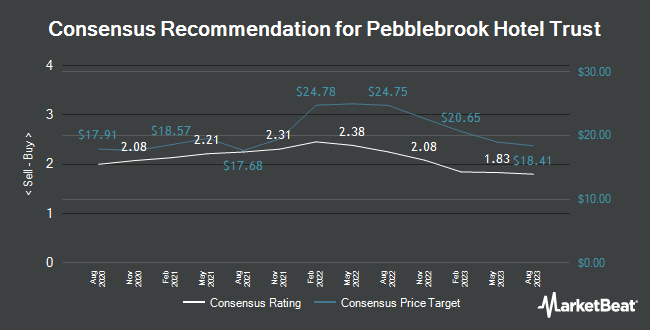