Complete the form below to receive the latest headlines and analysts' recommendations for El Pollo LoCo with our free daily email newsletter:

El Pollo LoCo (NASDAQ:LOCO) announced its quarterly earnings results on Thursday. The restaurant operator reported $0.20 earnings per share for the quarter, topping the consensus estimate of $0.05 by $0.15, MarketWatch Earnings reports. The company had revenue of $99.60 million for the quarter, compared to the consensus estimate of $96.64 million. El Pollo LoCo had a return on equity of 10.57% and a net margin of 4.48%.

See Also: How Does the Quiet Period Work? 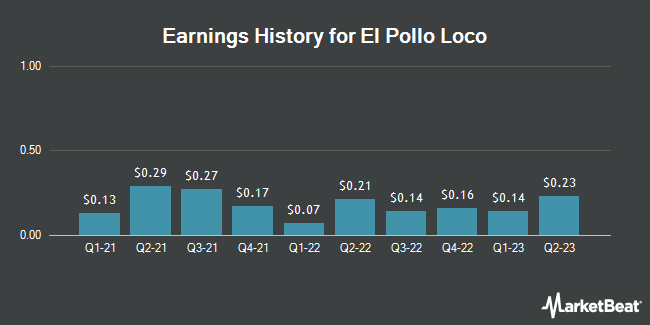 GoPro Lowered to Buy at BidaskClub