Complete the form below to receive the latest headlines and analysts' recommendations for BlackRock MuniYield New York Insured Fnd with our free daily email newsletter:

BlackRock MuniYield New York Insured Fnd (NYSE:MYN) announced a monthly dividend on Wednesday, August 5th, Wall Street Journal reports. Investors of record on Friday, August 14th will be given a dividend of 0.0465 per share by the investment management company on Tuesday, September 1st. This represents a $0.56 dividend on an annualized basis and a yield of 4.15%. The ex-dividend date of this dividend is Thursday, August 13th. 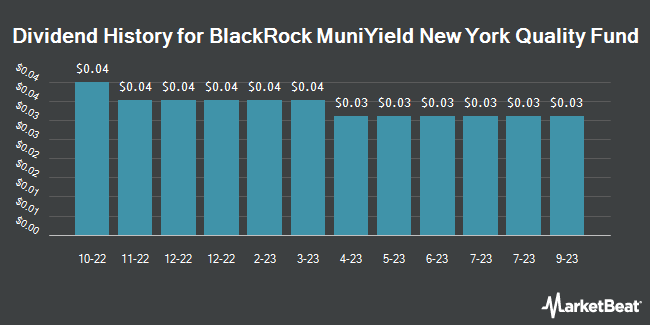 EventChain Trading Up 24.4% Over Last 7 Days