Atlas Air Worldwide Holdings, Inc. (NASDAQ:AAWW) Director John K. Wulff sold 2,000 shares of the stock in a transaction dated Monday, September 14th. The stock was sold at an average price of $57.45, for a total transaction of $114,900.00. Following the sale, the director now owns 23,240 shares of the company’s stock, valued at approximately $1,335,138. The sale was disclosed in a document filed with the SEC, which can be accessed through this link.

Atlas Air Worldwide Holdings, Inc, through its subsidiaries, provides outsourced aircraft and aviation operating services. It operates through three segments: ACMI, Charter, and Dry Leasing. The company offers outsourced cargo and passenger aircraft operating solutions, including contractual service arrangements, such as the provision of aircraft; and value-added services, including crew, maintenance, and insurance to aircraft and other customers.

Featured Story: Trading Options- What is a Strangle? 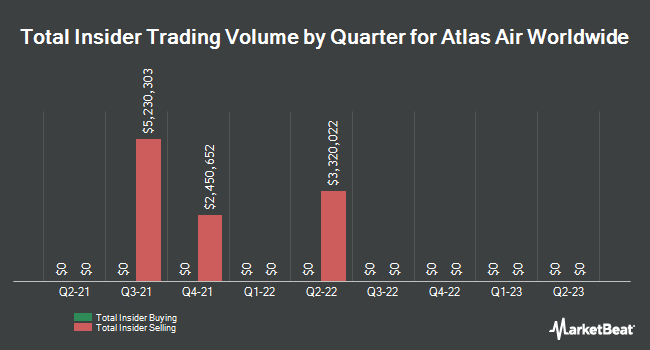