Crew Energy (TSE:CR) last issued its quarterly earnings data on Thursday, August 6th. The company reported C($0.10) EPS for the quarter, missing the consensus estimate of C($0.07) by C($0.03). The company had revenue of C$24.89 million for the quarter. On average, equities research analysts predict that Crew Energy Inc will post -0.0985507 earnings per share for the current fiscal year.

CR has been the subject of a number of analyst reports. National Bank Financial upgraded shares of Crew Energy from an “underperform” rating to a “sector perform” rating and lifted their price objective for the company from C$0.30 to C$0.40 in a report on Friday, August 7th. Raymond James set a C$0.30 price target on shares of Crew Energy and gave the stock an “underperform” rating in a report on Friday, August 7th. One investment analyst has rated the stock with a sell rating, three have given a hold rating and one has issued a buy rating to the company. The company presently has a consensus rating of “Hold” and an average price target of C$0.54. 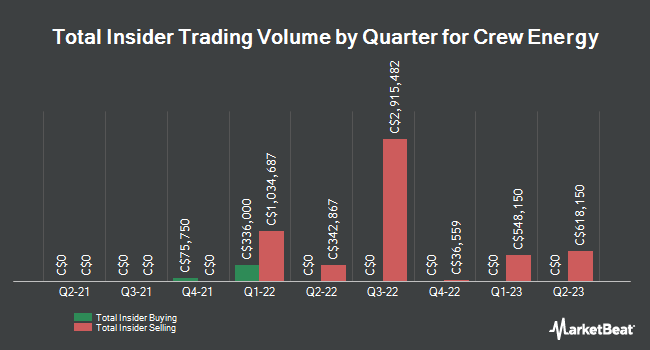