Complete the form below to receive the latest headlines and analysts' recommendations for Ultragenyx Pharmaceutical with our free daily email newsletter:

BidaskClub upgraded shares of Ultragenyx Pharmaceutical (NASDAQ:RARE) from a sell rating to a hold rating in a report published on Friday, BidAskClub reports.

Ultragenyx Pharmaceutical, Inc is a biopharmaceutical company, which engages in the identification, acquisition, development and commercialization of novel products for the treatment of serious rare and ultra-rare genetic diseases. Its product includes Mepsevii and Crysvita. The company was founded by Emil D. 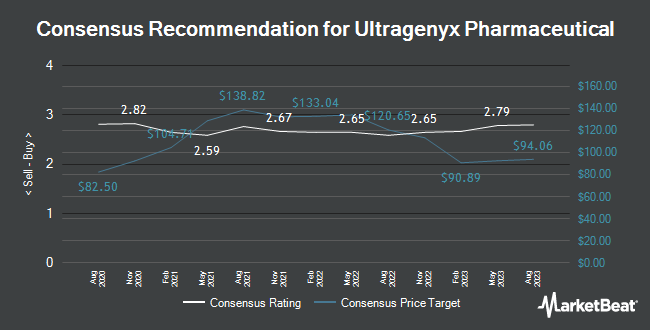