Wall Street analysts expect that NMI Holdings Inc (NASDAQ:NMIH) will report sales of $113.33 million for the current quarter, according to Zacks Investment Research. Two analysts have made estimates for NMI’s earnings. The highest sales estimate is $117.00 million and the lowest is $109.65 million. NMI reported sales of $101.59 million in the same quarter last year, which indicates a positive year-over-year growth rate of 11.6%. The company is scheduled to report its next earnings results on Wednesday, November 4th.

NMI (NASDAQ:NMIH) last posted its earnings results on Wednesday, August 5th. The financial services provider reported $0.40 EPS for the quarter, beating analysts’ consensus estimates of $0.32 by $0.08. NMI had a net margin of 43.85% and a return on equity of 18.33%. The business had revenue of $107.95 million for the quarter, compared to the consensus estimate of $107.09 million.

See Also: How Do Investors Open a Backdoor Roth IRA? 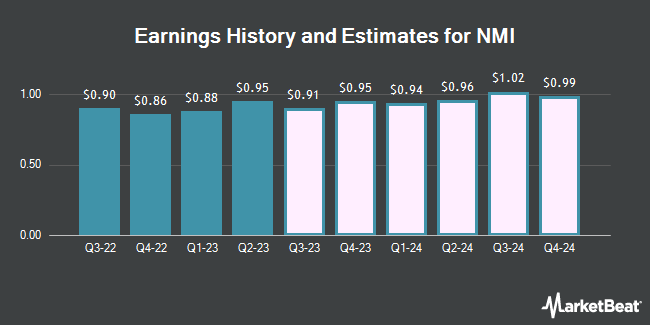