Complete the form below to receive the latest headlines and analysts' recommendations for Perdoceo Education with our free daily email newsletter:

Campbell & CO Investment Adviser LLC lifted its holdings in Perdoceo Education Co. (NASDAQ:PRDO) by 14.0% during the 3rd quarter, HoldingsChannel.com reports. The institutional investor owned 32,508 shares of the company’s stock after purchasing an additional 4,000 shares during the period. Campbell & CO Investment Adviser LLC’s holdings in Perdoceo Education were worth $398,000 at the end of the most recent reporting period.

In related news, SVP David C. Czeszewski sold 20,707 shares of Perdoceo Education stock in a transaction that occurred on Thursday, September 10th. The shares were sold at an average price of $12.49, for a total value of $258,630.43. Following the completion of the transaction, the senior vice president now owns 104,785 shares in the company, valued at $1,308,764.65. The sale was disclosed in a document filed with the Securities & Exchange Commission, which is available at the SEC website. Insiders own 3.55% of the company’s stock.

Featured Story: What is a growth and income fund?

Want to see what other hedge funds are holding PRDO? Visit HoldingsChannel.com to get the latest 13F filings and insider trades for Perdoceo Education Co. (NASDAQ:PRDO). 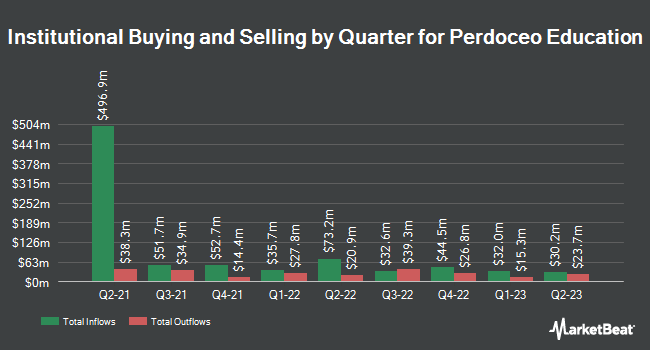