Complete the form below to receive the latest headlines and analysts' recommendations for Donegal Group with our free daily email newsletter:

Donegal Group (NASDAQ:DGICA) last announced its earnings results on Monday, July 27th. The insurance provider reported $0.61 EPS for the quarter, topping the Zacks’ consensus estimate of $0.26 by $0.35. The business had revenue of $192.41 million during the quarter, compared to the consensus estimate of $195.70 million. Donegal Group had a net margin of 5.84% and a return on equity of 10.35%. On average, equities analysts predict that Donegal Group will post 1.6 earnings per share for the current fiscal year.

Recommended Story: What is the definition of market timing? 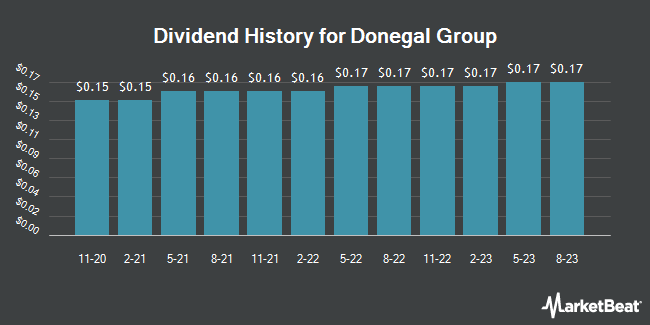