Complete the form below to receive the latest headlines and analysts' recommendations for Balfour Beatty with our free daily email newsletter:

A number of brokerages have weighed in on BBY. Jefferies Financial Group lowered shares of Balfour Beatty to a “hold” rating in a research report on Monday, June 29th. Liberum Capital reiterated a “buy” rating and set a GBX 300 ($3.92) price target on shares of Balfour Beatty in a report on Wednesday, August 12th. One research analyst has rated the stock with a hold rating and four have assigned a buy rating to the company. The stock currently has an average rating of “Buy” and a consensus price target of GBX 308.75 ($4.03).

Featured Article: The mechanics of the bid-ask spread in trading 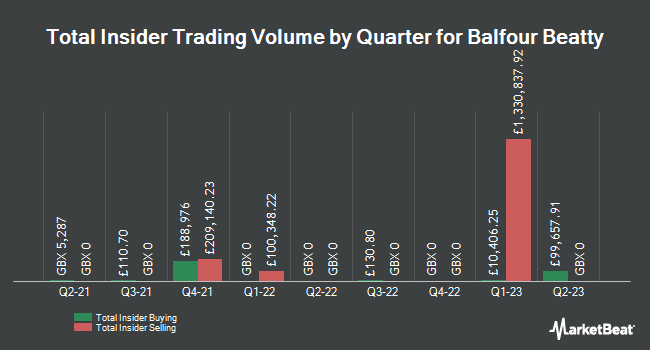