Stokes Capital Advisors LLC lifted its stake in Canadian National Railway (NYSE:CNI) (TSE:CNR) by 3.1% during the third quarter, according to its most recent 13F filing with the SEC. The institutional investor owned 29,995 shares of the transportation company’s stock after acquiring an additional 888 shares during the period. Stokes Capital Advisors LLC’s holdings in Canadian National Railway were worth $3,193,000 at the end of the most recent reporting period.

Canadian National Railway Company engages in rail and related transportation business. The company transports cargo serving exporters, importers, retailers, farmers, and manufacturers. It operates a network of approximately 20,000 route miles of track spans Canada and mid-America connecting the Atlantic, the Pacific, and the Gulf of Mexico.

Read More: How is the S&P 500 index different from the DJIA? 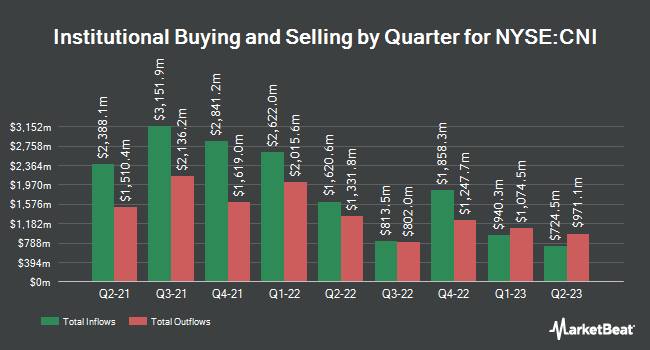