Complete the form below to receive the latest headlines and analysts' recommendations for Lincoln Electric with our free daily email newsletter:

JPMorgan Chase & Co. upgraded shares of Lincoln Electric (NASDAQ:LECO) from a neutral rating to an overweight rating in a research note published on Monday, The Fly reports.

Lincoln Electric (NASDAQ:LECO) last released its quarterly earnings data on Monday, July 27th. The industrial products company reported $0.80 EPS for the quarter, beating analysts’ consensus estimates of $0.35 by $0.45. Lincoln Electric had a return on equity of 33.45% and a net margin of 7.93%. The business had revenue of $590.70 million during the quarter, compared to the consensus estimate of $556.14 million. During the same quarter in the prior year, the company posted $1.28 earnings per share. The firm’s revenue was down 24.0% on a year-over-year basis. As a group, sell-side analysts predict that Lincoln Electric will post 3.62 earnings per share for the current fiscal year.

Further Reading: How is the S&P 500 index different from the DJIA? 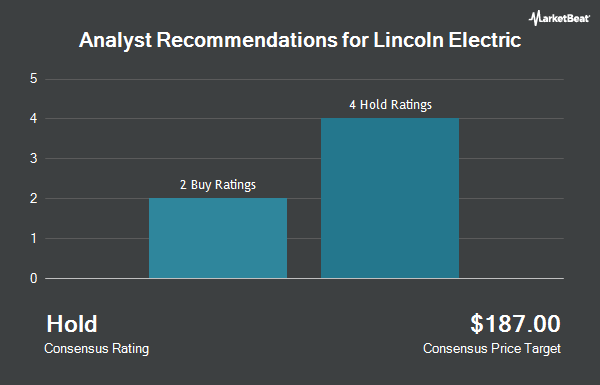 The Toronto-Dominion Bank Raised to Buy at Zacks Investment Research