Complete the form below to receive the latest headlines and analysts' recommendations for Dell with our free daily email newsletter:

Dell Inc. (NYSE:DELL) has been given an average rating of “Hold” by the twenty research firms that are presently covering the firm, Marketbeat reports. Two investment analysts have rated the stock with a sell rating, nine have assigned a hold rating and nine have issued a buy rating on the company. The average 1-year target price among brokers that have issued ratings on the stock in the last year is $62.06.

Dell Inc (Dell) is a global information technology company that offers its customers a range of solutions and services delivered directly by Dell and through other distribution channels. Dell is a holding company that conducts its business worldwide through its subsidiaries. The Company operates in four segments: Large Enterprise, Public, Small and Medium Business, and Consumer. 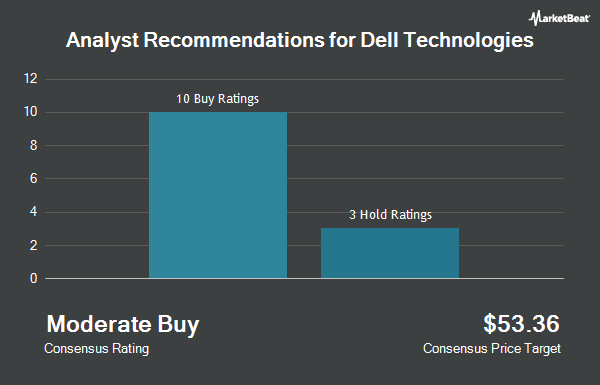 Receive News & Ratings for Dell Daily - Enter your email address below to receive a concise daily summary of the latest news and analysts' ratings for Dell and related companies with MarketBeat.com's FREE daily email newsletter.