Complete the form below to receive the latest headlines and analysts' recommendations for REGENXBIO with our free daily email newsletter:

REGENXBIO Inc. (NASDAQ:RGNX) insider Patrick J. Christmas sold 10,122 shares of the business’s stock in a transaction dated Monday, January 11th. The stock was sold at an average price of $49.08, for a total value of $496,787.76. Following the transaction, the insider now directly owns 26,372 shares of the company’s stock, valued at approximately $1,294,337.76. The transaction was disclosed in a legal filing with the SEC, which is accessible through this hyperlink.

REGENXBIO (NASDAQ:RGNX) last issued its earnings results on Wednesday, November 4th. The biotechnology company reported $0.23 earnings per share (EPS) for the quarter, topping the Zacks’ consensus estimate of ($0.89) by $1.12. REGENXBIO had a negative return on equity of 31.06% and a negative net margin of 222.24%. The business had revenue of $98.91 million during the quarter, compared to analysts’ expectations of $24.80 million. During the same period in the prior year, the firm posted ($0.94) EPS. REGENXBIO’s quarterly revenue was up 572.9% compared to the same quarter last year. As a group, analysts anticipate that REGENXBIO Inc. will post -2.97 earnings per share for the current fiscal year.

REGENXBIO Inc, a clinical-stage biotechnology company, provides gene therapy product candidates to deliver genes to cells to address genetic defects or to enable cells in the body to produce therapeutic proteins or antibodies that are intended to impact disease. Its gene therapy product candidates are based on NAV Technology Platform, a proprietary adeno-associated virus gene delivery platform.

See Also: Can individual investors take part in an IPO? 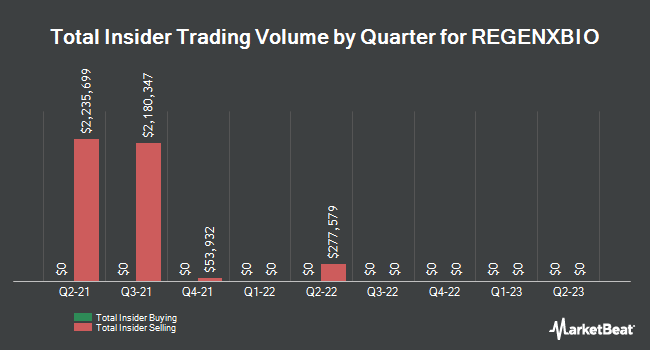 Contrasting Renalytix AI and The Competition

Head to Head Survey: HEXO versus Its Peers