Enterprise Trust & Investment Co boosted its holdings in Pluralsight, Inc. (NASDAQ:PS) by 52.9% in the 4th quarter, according to the company in its most recent 13F filing with the Securities and Exchange Commission (SEC). The fund owned 2,600 shares of the company’s stock after purchasing an additional 900 shares during the quarter. Enterprise Trust & Investment Co’s holdings in Pluralsight were worth $55,000 at the end of the most recent quarter.

Pluralsight (NASDAQ:PS) last posted its quarterly earnings results on Thursday, November 5th. The company reported ($0.21) earnings per share (EPS) for the quarter, missing the consensus estimate of ($0.06) by ($0.15). Pluralsight had a negative net margin of 36.22% and a negative return on equity of 57.32%. The business had revenue of $99.47 million for the quarter, compared to analysts’ expectations of $95.37 million. During the same quarter in the previous year, the company earned ($0.08) earnings per share. The business’s quarterly revenue was up 20.4% on a year-over-year basis. As a group, sell-side analysts anticipate that Pluralsight, Inc. will post -0.96 EPS for the current year.

Pluralsight, Inc operates a cloud-based technology skills platform in the United States, Europe, the Middle East, Africa, and internationally. Its platform products include Pluralsight Skills for individuals and teams to acquire technology skills through skill development experiences, such as skill assessments, a curated library of expert-authored courses, directed learning paths, interactive content, and business analytics; and Pluralsight Flow, which gives technology leaders objective data and visibility into workflow patterns to measure the productivity of their software developers.

Further Reading: What is the Dividend Aristocrat Index? 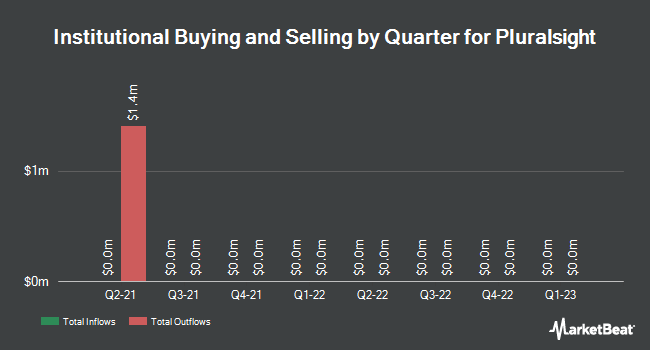