Complete the form below to receive the latest headlines and analysts' recommendations for Vaxcyte with our free daily email newsletter:

Vaxcyte, Inc. (NASDAQ:PCVX) Director Robert Lorne Hopfner sold 29,110 shares of the firm’s stock in a transaction on Wednesday, January 13th. The stock was sold at an average price of $25.95, for a total transaction of $755,404.50. The transaction was disclosed in a document filed with the Securities & Exchange Commission, which is accessible through the SEC website.

Vaxcyte (NASDAQ:PCVX) last issued its quarterly earnings data on Thursday, November 12th. The company reported ($0.41) earnings per share (EPS) for the quarter, beating analysts’ consensus estimates of ($0.44) by $0.03. As a group, research analysts anticipate that Vaxcyte, Inc. will post -7.38 EPS for the current fiscal year. 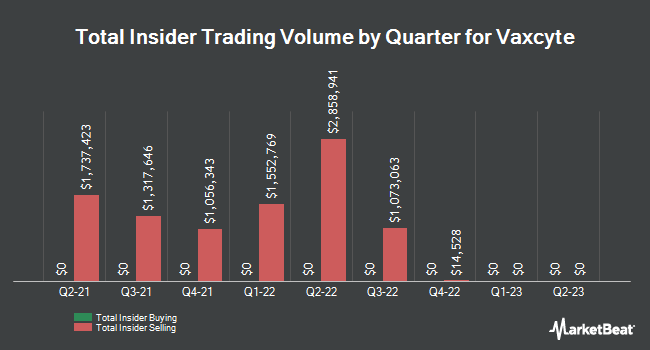 Receive News & Ratings for Vaxcyte Daily - Enter your email address below to receive a concise daily summary of the latest news and analysts' ratings for Vaxcyte and related companies with MarketBeat.com's FREE daily email newsletter.