Complete the form below to receive the latest headlines and analysts' recommendations for Waddell & Reed Financial with our free daily email newsletter:

Los Angeles Capital Management LLC cut its holdings in shares of Waddell & Reed Financial, Inc. (NYSE:WDR) by 7.6% in the 4th quarter, according to the company in its most recent filing with the Securities and Exchange Commission (SEC). The fund owned 35,470 shares of the asset manager’s stock after selling 2,930 shares during the quarter. Los Angeles Capital Management LLC owned approximately 0.06% of Waddell & Reed Financial worth $903,000 at the end of the most recent reporting period.

Waddell & Reed Financial (NYSE:WDR) last posted its earnings results on Monday, February 1st. The asset manager reported $0.41 earnings per share for the quarter, missing the Zacks’ consensus estimate of $0.46 by ($0.05). The company had revenue of $278.10 million for the quarter, compared to analysts’ expectations of $267.05 million. Waddell & Reed Financial had a net margin of 9.17% and a return on equity of 14.57%. The firm’s quarterly revenue was up 3.0% compared to the same quarter last year. During the same period in the previous year, the firm earned $0.51 EPS. As a group, sell-side analysts expect that Waddell & Reed Financial, Inc. will post 1.49 EPS for the current fiscal year.

The business also recently announced a quarterly dividend, which will be paid on Friday, April 30th. Shareholders of record on Friday, April 9th will be issued a dividend of $0.25 per share. This represents a $1.00 dividend on an annualized basis and a yield of 3.97%. The ex-dividend date of this dividend is Thursday, April 8th. Waddell & Reed Financial’s payout ratio is presently 53.19%.

Waddell & Reed Financial, Inc, through its subsidiaries, provides investment management and advisory, investment product underwriting and distribution, and shareholder services administration to mutual funds, and institutional and separately managed accounts in the United States. The company acts as an investment adviser for institutional and other private investors, and provides sub advisory services to other investment companies; and underwrites and distributes registered open-end mutual fund portfolios. 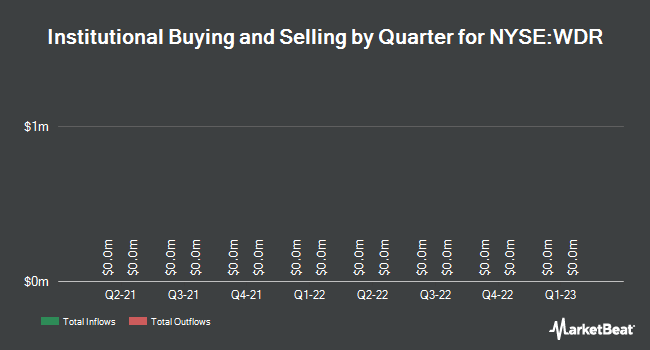 Kering SA Given a €550.00 Price Target at Sanford C. Bernstein