Complete the form below to receive the latest headlines and analysts' recommendations for Winmark with our free daily email newsletter:

Mawer Investment Management Ltd. reduced its stake in Winmark Co. (NASDAQ:WINA) by 2.5% during the 4th quarter, according to the company in its most recent disclosure with the Securities and Exchange Commission (SEC). The fund owned 549,383 shares of the specialty retailer’s stock after selling 14,020 shares during the period. Mawer Investment Management Ltd. owned 14.69% of Winmark worth $102,075,000 at the end of the most recent quarter.

The firm also recently declared a quarterly dividend, which will be paid on Monday, March 1st. Investors of record on Wednesday, February 10th will be paid a $0.25 dividend. The ex-dividend date of this dividend is Tuesday, February 9th. This represents a $1.00 annualized dividend and a dividend yield of 0.56%.

Winmark Corporation operates as a franchisor of five retail store concepts that buy, sell, trade, and consign merchandise primarily in the United States and Canada. The company operates in two segments, Franchising and Leasing. Its franchises retail stores operate under the Plato's Closet, Once Upon A Child, Play It Again Sports, Style Encore, and Music Go Round brand names. 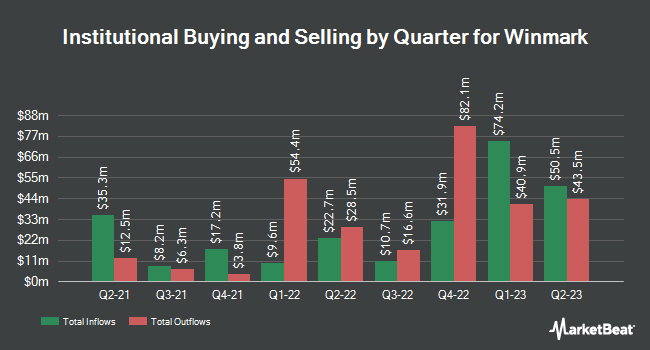 Receive News & Ratings for Winmark Daily - Enter your email address below to receive a concise daily summary of the latest news and analysts' ratings for Winmark and related companies with MarketBeat.com's FREE daily email newsletter.