Complete the form below to receive the latest headlines and analysts' recommendations for Ollie's Bargain Outlet with our free daily email newsletter:

Ollie’s Bargain Outlet Holdings, Inc. (NASDAQ:OLLI) CEO John W. Swygert sold 1,517 shares of the company’s stock in a transaction that occurred on Thursday, April 1st. The stock was sold at an average price of $87.48, for a total transaction of $132,707.16. Following the completion of the transaction, the chief executive officer now owns 25,156 shares in the company, valued at $2,200,646.88. The sale was disclosed in a filing with the SEC, which is accessible through this hyperlink. 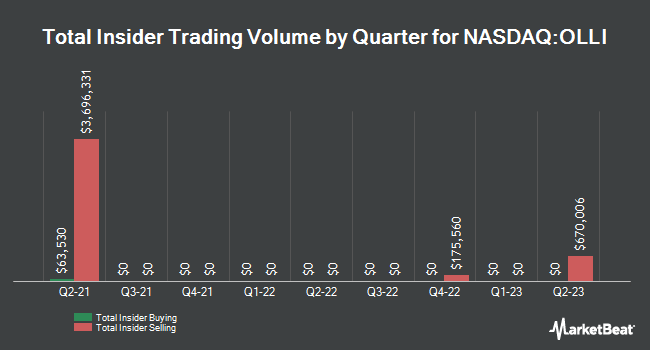