United Airlines (NASDAQ:UAL) issued its quarterly earnings results on Sunday. The transportation company reported ($7.50) earnings per share (EPS) for the quarter, missing analysts’ consensus estimates of ($7.08) by ($0.42), MarketWatch Earnings reports. The company had revenue of $3.20 billion during the quarter, compared to the consensus estimate of $3.28 billion. United Airlines had a negative return on equity of 54.29% and a negative net margin of 19.85%. The firm’s quarterly revenue was down 59.9% compared to the same quarter last year. During the same quarter in the prior year, the business earned ($2.57) earnings per share.

Read More: Trading based on a resistance level 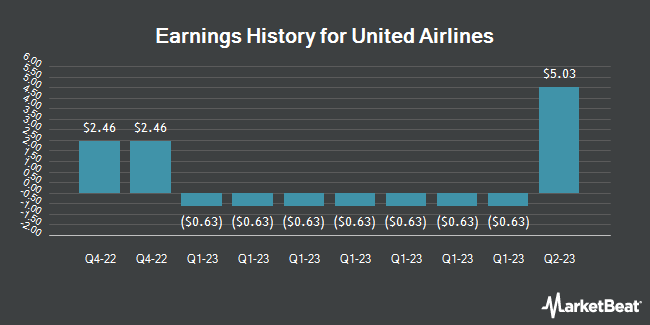 Kodiak Sciences Price Target Increased to $147.00 by Analysts at Truist