Shares of Rogers Communications Inc. (TSE:RCI.B) (NYSE:RCI) have received an average recommendation of “Buy” from the fourteen analysts that are presently covering the stock, MarketBeat.com reports. One research analyst has rated the stock with a hold recommendation and six have issued a buy recommendation on the company. The average 12 month target price among brokerages that have updated their coverage on the stock in the last year is C$69.21.

Rogers Communications Inc operates as a communications and media company in Canada. It operates through three segments: Wireless, Cable, and Media. The Wireless segment offers wireless voice and data communication services to individual consumers, businesses, governments, and other telecommunications service providers; postpaid and prepaid wireless services under the Rogers, Fido, and chatr brands; and wireless devices, services, and applications to consumers and businesses. 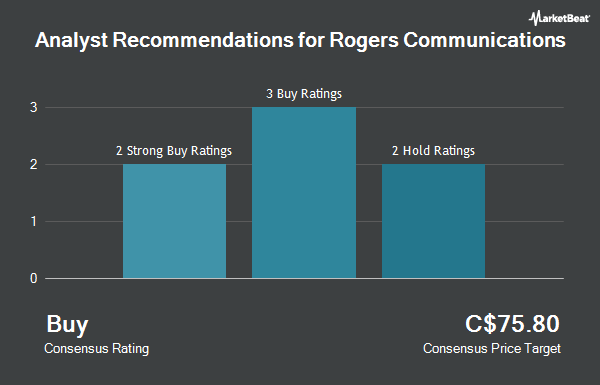 CPChain Price Down 7% This Week

Complete the form below to receive the latest headlines and analysts' recommendations for Rogers Communications with our free daily email newsletter: